Born in a tent near San Saba, Ira Kennedy is a fifth generation Texan of Cherokee Irish descent.  Growing up in numerous locations from Japan to Germany, his experiences are as diverse as his talents.

Artists of the past have had sudden shifts in their artistic style.   Picasso’s revelation came once he saw African art and Van Gogh’s discovery of Japanese art was equally life-changing. Likewise, Ira's exposure to Australian Aboriginal art and the ancient rock art of the Southwest Indians came together to evoke an artistic epiphany.

​Since his two solo exhibitions and exhibiting in a group show, "The Art of Money”, in New York City's Chelsea Gallery which included many internationally known artists, including Andy Warhol, Ira has had his share of success. In 2015 his work was included in Acrylic Works 2, Acrylic Artist magazine, Southwest Art and several online publications His art is held in numerous private collections from Australia to South Korea and New York to Texas. Ira currently lives and works in Llano County, Texas. 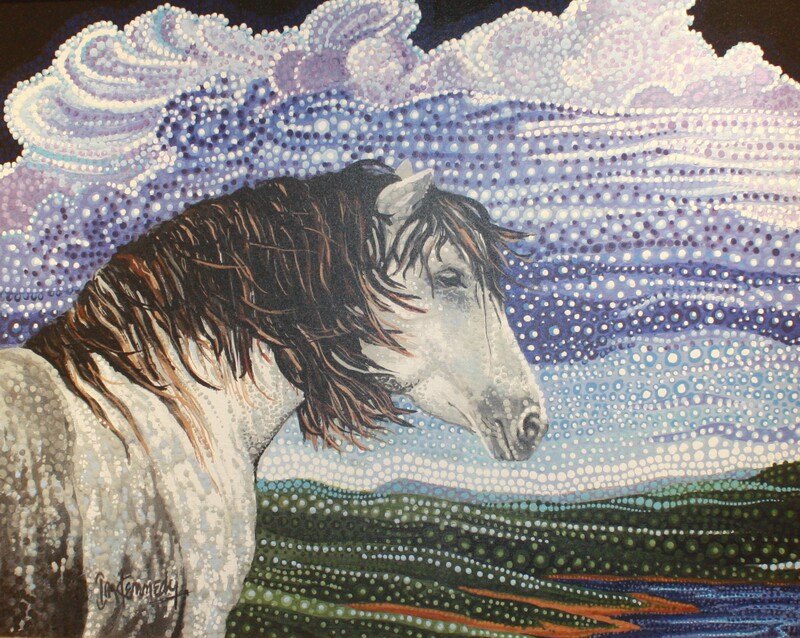